Unless you’ve been living under a rock with no mobile data signal, you’ve noticed the incredible rise of eCommerce as the great entrepreneurial leveller. Today, anyone with a laptop and a dream can set up a store and start selling products. That sounds exciting, certainly, and maybe you like the idea of being your own boss: no more jumping through hoops to prove yourself, or receiving only a fraction of the profit you personally generate.

Even so, you haven’t taken the plunge and started that eCommerce business you’ve been thinking about. Why not? Well, there are various reasons why people with entrepreneurial ambitions refrain from taking action — we’re going to look at 6 of them, and run through why you’re wrong to let any one of them hold you back.

You’re sure the market is oversaturated

Because it’s so easy to enter the eCommerce industry, plenty of people have already done it, and the internet is absolutely rife with stores of all shapes, sizes, and varieties. Consequently, you might look at the market and wonder what value there is in getting involved. Surely there’s nothing you could offer that isn’t already available?

In actuality, no matter how many stores arrive on the scene, the saturation point won’t ever be reached — this is because the bulk of the stores will always be uninspiring, unimpressive, and unappealing. If you can be even slightly different from your competition, you’ll have a real shot at earning some great customers.

You don’t have any products to sell

How can you be a seller if you have nothing to sell? Maybe you wonder sometimes about what you might produce and how you’d go about arranging that process, or perhaps you’re intimidated by the prospect of negotiating deals with suppliers. Either way, you hold back from setting up a store because you have no idea how you’d populate it.

This is where something called dropshipping enters the picture. It allows you to list products that are stocked and fulfilled by third-party suppliers — you select them from generic catalogues, then describe, price and present them in the manner of your choosing. When you make a sale, the main cost goes to the supplier, and your profit is based on how much you raised the price.

You think the setup would be too hard (or costly)

Let’s say you’re not a web developer. You might have some basic tech-related skills, but not to the extent that you’d feel comfortable working on a new website build. That puts you in a tough position: do you attempt it regardless, knowing that it will take all your time and effort to reach the finish line, or do you source an expensive developer? Either way, the setup process seems like it’s going to be a massive headache for you.

In truth, the setup phase is actually quite straightforward these days — there’s an abundance of hyper-convenient tools to speed things up and cut costs. The industry standard at this point is the Shopify store creator: using responsive templates, it makes it simple to create a store capable of integrating with dropshipping suppliers. What’s more, there are great web developers who can deliver results for reasonable prices — combine the two to secure a great store.

You fear going up against Amazon

Even if you think there’s plenty of appetite for the product (or products) you plan on selling, you might dread facing off against the hard-to-fathom might of Amazon. How can you beat those prices and still profit? How can you compete for ranking positions? A local store can compete with supermarkets through convenient positioning, but that doesn’t work online.

You’re right to be concerned, because you can’t realistically compete with Amazon — but that isn’t a huge deal, because you’re not supposed to compete with Amazon. That isn’t the only way to win. Your goal should be to offer something different, whether it’s a type of product or a service experience. And where there’s overlap, you don’t need to beat Amazon when you can join it: in addition to your store (or in place of it), you can list your products on its marketplace — even using the FBA service if convenient.

You intend to start your eCommerce business eventually, but you want to wait until the perfect time arrives — that magical confluence of opportunity, financial stability, and creative vitality. Trying to start it now is a bad idea, presumably. You only get one chance to make a first attempt, so why not hold out until it feels right?

Here’s the deal: there is no perfect time for starting a business. There will always be obstacles, and reasons to hold back, and it’s natural to use them as excuses for not trying. After all, if you don’t try, then you can’t fail — but failure isn’t a big concern with eCommerce. You might start ten stores before you make one that becomes successful, and you can start that many because of the low startup costs. So don’t keep waiting. The sooner you start, the sooner you’ll fail, and the sooner you’ll learn how to succeed.

You’re worried about the workload

Perhaps your reasoning for not starting your eCommerce business is similar to your reason for not taking up that new exercise regime: you’re worried that you can’t handle it. You fear that you’ll struggle with all the work on your plate, and end up burning out as a result. Instead of starting, then, you keep it as a nice idea to comfort you when you’re tired of your career.

Now, running an eCommerce business is hard work. There’s no denying that. But it’s entirely possible to manage it comfortably, even if it’s a solo operation. I mentioned how SaaS has changed the setup process, but it’s also changed store management, empowering business owners to automate much of their workloads. IFTTT is the catch-all solution for this: if you really get to grips with it, you can set up countless powerful automation processes to get basic work done for you and free up your time.

I understand that starting a business is intimidating — even terrifying. But you can’t let your fears and concerns hold you back from trying. Ecommerce is a very forgiving industry with a low barrier to entry, so you can fail numerous times before succeeding. Now is the best time to make your first attempt.

Rodney Laws is an eCommerce platform specialist and online business consultant. He’s worked in the eCommerce industry for nearly two decades, helping brands big and small to achieve their business goals. You can get his advice for free by visiting EcommercePlatforms.io and reading his detailed reviews. For more tips and advice, reach out to Rodney on Twitter @EcomPlatformsio.

I’m a web designer based in Stellenbosch, South Africa. I work with independent businesses around the world.

My supportive service takes you from feeling overwhelmed, stuck and frustrated to empowered and excited to share your beautiful new online space. 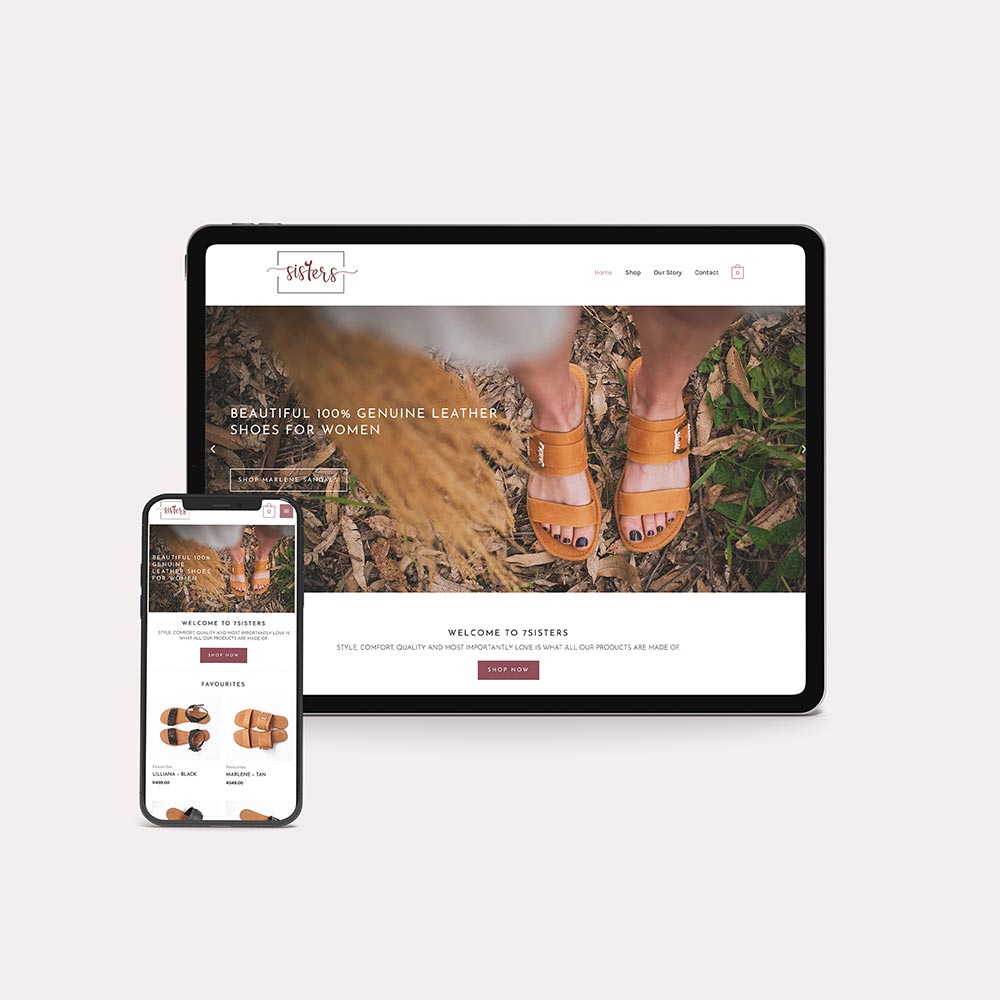 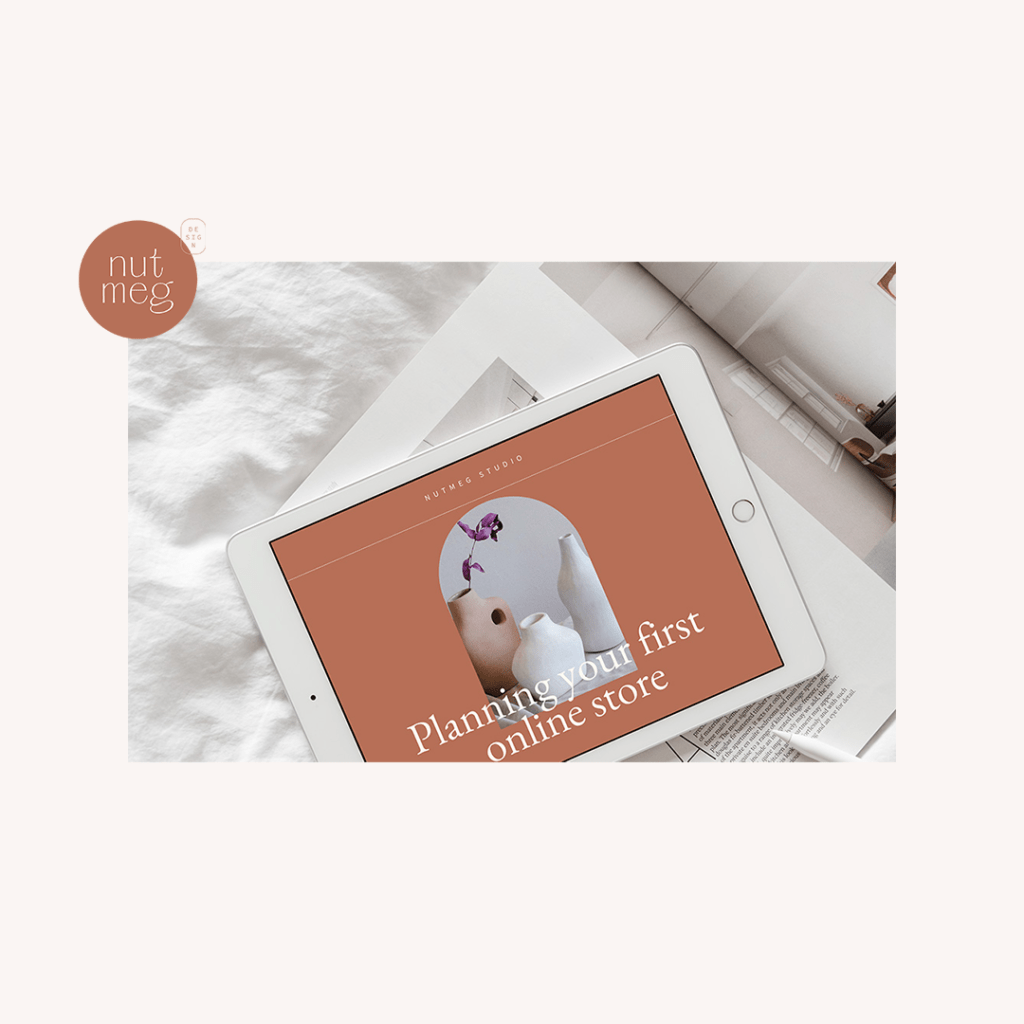 Trying to DIY your own Shopify website? Read this 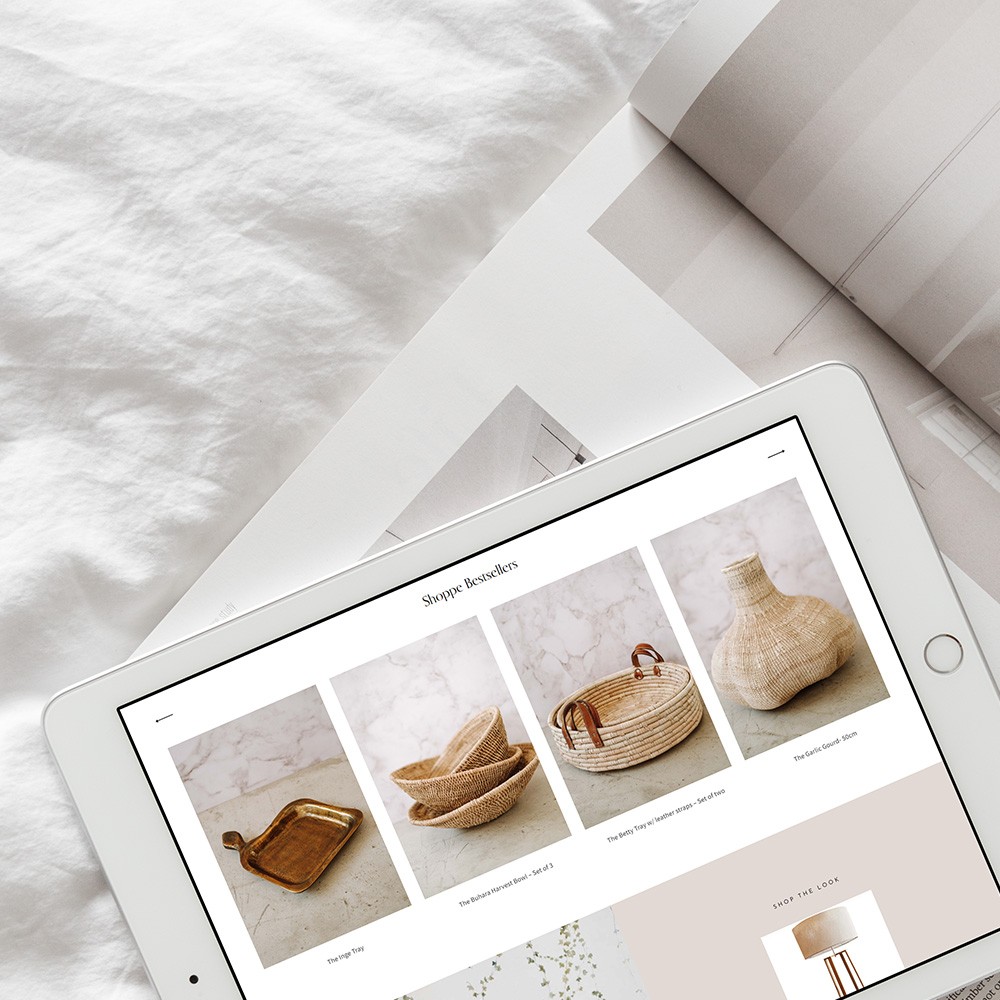 Book a free discovery call so I can learn more.

I'll then send you a proposal and quotation.

Confirm you want to start the project.

As an ambitious + determined business owner, you’re always on the lookout to turn more visitors into customers so you can increase sales.

In my free guide, I describe the essentials every eCommerce website must have in order to achieve this.

All in an easy-to-download pdf format.

By signing up you agree to join my mailing list. I’ll never sell your details. From time ro time I’ll send you useful + original content written by me.

Book a free call to chat about your project

We use cookies on our website to give you the most relevant experience by remembering your preferences and repeat visits. By clicking “Accept All”, you consent to the use of ALL the cookies. However, you may visit "Cookie Settings" to provide a controlled consent.
Cookie SettingsAccept All
Manage consent

This website uses cookies to improve your experience while you navigate through the website. Out of these, the cookies that are categorized as necessary are stored on your browser as they are essential for the working of basic functionalities of the website. We also use third-party cookies that help us analyze and understand how you use this website. These cookies will be stored in your browser only with your consent. You also have the option to opt-out of these cookies. But opting out of some of these cookies may affect your browsing experience.
Necessary Always Enabled
Necessary cookies are absolutely essential for the website to function properly. These cookies ensure basic functionalities and security features of the website, anonymously.
Functional
Functional cookies help to perform certain functionalities like sharing the content of the website on social media platforms, collect feedbacks, and other third-party features.
Performance
Performance cookies are used to understand and analyze the key performance indexes of the website which helps in delivering a better user experience for the visitors.
Analytics
Analytical cookies are used to understand how visitors interact with the website. These cookies help provide information on metrics the number of visitors, bounce rate, traffic source, etc.
Advertisement
Advertisement cookies are used to provide visitors with relevant ads and marketing campaigns. These cookies track visitors across websites and collect information to provide customized ads.
Others
Other uncategorized cookies are those that are being analyzed and have not been classified into a category as yet.
SAVE & ACCEPT